I just stumbled across another life-changing morsel of knowledge: how to enable smart sizing for remote desktop connections. It sounds like this is something that’s been around since Windows XP, but it’s relatively unknown and completely undiscoverable.

Here’s the secret: you need to create a .rdp shortcut for your connection and add the following line using your favorite text editor:

That’s it. With this miracle-line in your file, the remote desktop will scale as you resize the window. Want to know more? Go here.

One of the drawbacks of Surface RT is that you can’t install applications that aren’t in the Windows App Store. I primarily use my Surface at home and work, though, where I always have access to other PCs. So, when I need access to one of those non-Windows-Store apps, I just remote into a different workstation.

Using this technique, I ran into a rather frustrating issue while using Remote Desktop to connect to my laptop from my Surface at work. I usually keep the wireless adapter on my laptop enabled, which I don’t think is unusual or wrong. I also keep my laptop docked at work, meaning I have two active network connections. The problem I was running into was that my wireless connection would be lost upon connecting to my laptop using the laptop’s name (i.e., the host name resolved to the wireless adapter’s IP). This would typically result in a frozen Welcome screen, and I would be unable to reconnect.

It wasn’t a connectivity, firewall, or DNS issue, because Remote Desktop would resolve and connect right away. But then I’d be stuck, unable to reconnect except through the wired adapter’s IP address, which can’t be used since it’s dynamic. I thought I fixed this previously by connecting through the wired adapter’s IP to re-enable the wireless connection, but that appears to be only a temporary solution.

So, to recap the issue: 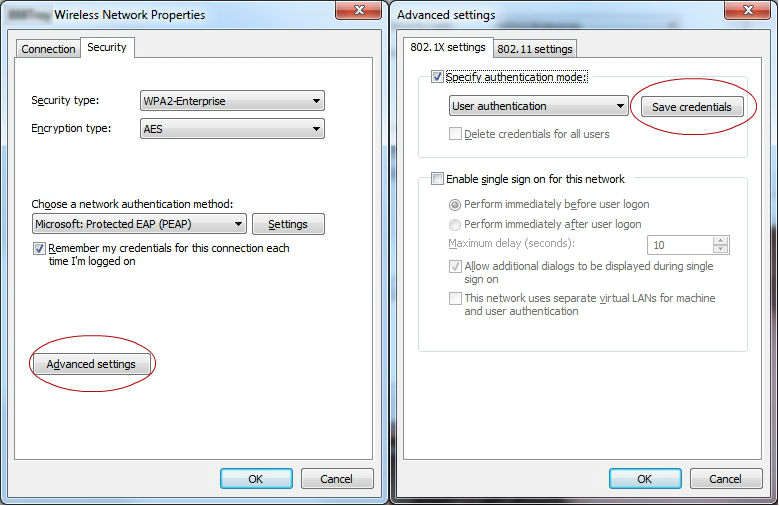 Once I did that and saved my credentials, I no longer had issues connecting to Remote Desktop through the wireless adapter. Hooray!

Today, I was googling around looking for a solution, and I came across this forum post. One responder said that they’d had the same issue, and it was a problem with the Wifi network profile. It was created for one user and not for everyone. I had seen this solution before and had verified that the network availability for my wireless connection was “All users.” The responder went on to say that it needs a different profile even when you log on with the same account.

I decided to give it a shot. I logged in through Remote Desktop Connection using the computer’s wired IP and found that the wireless adapter was not connected! I reconnected from the remote session, and guess what? Now everything works! I’m having trouble wrapping my brain around why the wireless adapter would disconnect when I log in remotely, but I’m happy to have it working.